Mushikago no Cagaster is a web manga series published by Hashimoto Chicken (penname) on his official site "Chicken no Tamashii". In 2010, Hashimoto also started releasing the series as a doujinshi at Comic Market conventions, and published nine volumes in total. The series was officially published in a seven-volume Tankōbon format by Tokuma Shoten starting on January 12, 2016 with the first two volumes, and next volumes published every next month. The series won French Prix Mangawa's Shounen Manga Award in 2015. Source MAL 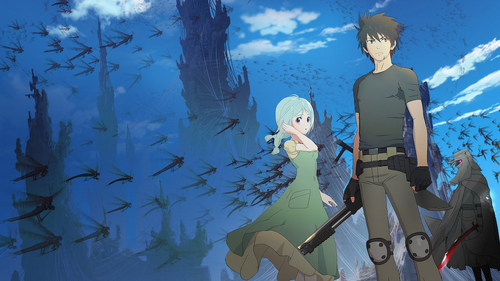 Need help building out this community?

You can also be part of the larger Fandom family of communities. Visit Fandom's Community Central!

Retrieved from "https://cagaster.fandom.com/wiki/Mushikago_no_Cagaster_Wiki?oldid=768"
Community content is available under CC-BY-SA unless otherwise noted.